Thousands of years ago, the dorsal slit was a traditional procedure for circumcision. Today, it is an operative procedure that may be performed under local anesthesia in less than 30 minutes.

It is a method of exposing the head of the penis behind the open foreskin and is used in patients with phimosis. For this procedure, the foreskin is split along its length without tissue removal. The incision is then closed with absorbable sutures.

Compared to the conventional dissection method, this new method is relatively safe and may be an alternative to adult circumcision. The procedure has been evaluated in a patient-blinded study. The efficacy was assessed by comparing the amount of intraoperative bleeding, satisfaction with penis appearance, and pain.

A large sample size was used in this study to provide enough statistical evidence to support the use of the device. Although this device is not yet available, it is expected to be a relatively low-cost alternative to conventional circumcision.

The procedure is performed under local anesthesia and does not cause much pain. However, the procedure may cause swelling for a few days. If the swelling persists, the doctor may apply vaseline on the penis tip. If the patient is worried about discomfort, the doctor can give pain medication to the patient.

During the dorsal slit for circumcision procedure, the surgeon should determine the size of the dorsal slit. It should be about 75 percent of the distance from the meatal opening to the corona. This allows for easy closure and cosmesis.

The procedure may be performed under local anesthesia or general anesthesia. Before the procedure, patients should not eat or drink for six hours. They should also wear light inner wear.

Several circumcision devices have been developed in recent years, which are intended to reduce the risks of infection and injury. These include the Gomco clamp, the Mogen clamp, and the Plastibell.

The Gomco clamp is the most widely used circumcision device in the United States. It consists of a clamp with two flat blades of 2.5 to 3.0 mm in diameter. This clamp is attached either before or after the brit. The Mogen clamp was invented by Rabbi Harry Bronstein of Brooklyn, New York.

The Mogen clamp is based on the Hebrew word magain meaning shield. It is designed to protect the glans from injury and to shield the scalpel during the procedure. It is easier to use than the Gomco clamp. However, it is less popular than the two-part systems.

The Mogen clamp is similar to the traditional shield and clamp method. During the procedure, the foreskin is pulled through a narrow gap and clamped over the metal shield. Afterwards, the mohel uses a scalpel to remove the redundant prepuce distal to the shield. The foreskin is then removed from the clamp.

The Mogen clamp was designed by North American Rabbi Harry Bronstein in 1954. He envisioned a standardized method for circumcision.

He wanted to develop a standard equipment set that would reduce the risk of complications. The Mogen clamp was developed to provide this standardization. It has been used by several mohalim. Some mohalim attach the Mogen clamp before the brit, while others use it after.

Whether you are a doctor, a researcher, or a concerned citizen, you may be sceptical about the ethics of performing female genital operations. This paper examines the history, medical and ethical aspects of this controversial practice. It also discusses case studies from Africa, Sudan and Indonesia.

The practice of female circumcision has been banned in many European states, but its acclamation as the linchpin of sexual discrimination has been challenged in some regions. Nevertheless, it is still practiced in some parts of the Middle East. Often, it is performed by clandestine means.

The practice of female circumcision is performed for a number of reasons, including religious and hygienic reasons. However, it may also be done for economic reasons. In some cases, ignorant parents force their daughters to undergo the procedure at an early age.

The procedure can also have adverse effects, such as urinary retention and edema of the glans penis, loss of penile sensitivity, wound infection and meatal stenosis. In some cases, the procedure can be fatal.

Some cultures attribute the death of a child to a spell or ritual, while others attribute it to a medical procedure. In fact, a formal study involving 700 children in Turkey revealed that 8% of the children developed complications during the operation.

The most important function of the procedure is to stop bleeding. The first dressing is a mixture of ashes and butter.

Aside from the medical and social benefits of performing a female genital operation, some women claim that it is an integral part of their cultural identity.

Several studies have shown that male circumcision can reduce the risk of sexually transmitted infections. However, the most accurate measure of the efficacy of circumcision is a randomized trial.

The risk of UTI increases as a male’s age and maturity. For infants, the risk is 1%, whereas for older boys the risk increases to about 10%. A UTI is defined as a positive urine culture.

Circumcision appears to reduce the risk of HSV-2 infection. However, the efficacy of circumcision for HSV-2 has yet to be fully evaluated.

Male circumcision can reduce the risk of other sexually transmitted infections. Studies have shown that it decreases the incidence of HPV infection, syphilis, and gonorrhea. However, there are mixed results for other types of STIs.

A small randomized study compared circumcision with no circumcision in males with recurrent UTI. The study found that circumcision had a modest effect on the number of UTI cases. However, the authors did not specify which control group was treated and did not provide details about blinding or allocation concealment.

The benefits of circumcision may be significant in resource-rich countries. However, the net clinical benefit of circumcision appears to be limited to high-risk UTIs. Several studies have shown that circumcision reduces the risk of HSV-2 infection.

The benefits of circumcision have been demonstrated in a number of studies in developing nations. The World Health Organization (WHO) has now declared male circumcision a key component of comprehensive HIV prevention. However, there are methodological issues that need to be addressed.

Symptoms of paraphimosis include pain and swelling in the penis. Symptoms may be relatively mild and painless, but they may also be serious. If left untreated, paraphimosis can lead to serious complications, including infection and necrosis of the penis.

It is important to see a urologist for diagnosis and treatment. Circumcision is the most effective treatment for paraphimosis. This surgery removes the foreskin of the penis and is often performed by an operating room.

A doctor may also prescribe antibiotics for infection. If an infection is present, swabs should be taken to determine the type of infection. Symptoms may include fever and pain.

The procedure is usually performed by a physician and may require local anesthesia. More complex cases may require procedural sedation.

Patients should not be allowed to retract the foreskin for a week following the procedure. This is to prevent scarring and fluid build-up. Once the swelling has gone down, the patient can resume sexual activity. After two to four weeks, the penis is able to be cared for properly.

When treating paraphimosis, the doctor may prescribe a topical corticosteroid ointment. The patient should also be instructed on how to clean and care for the penis after the procedure.

A dorsal slit may also be performed to help the foreskin move back over the glans. This is an alternative to circumcision for older patients.

Circumcision may also be performed to treat severe cases of paraphimosis. This surgery has complications, including injury to the urethra and shortened penile skin. 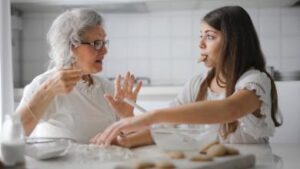 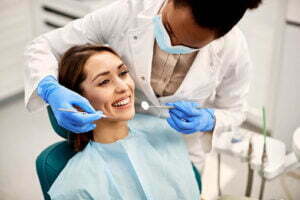 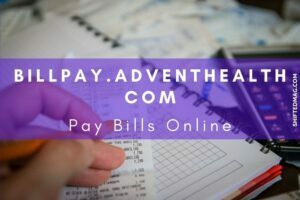 15 Ways To Make Billpay.adventhealth Com The Best Place To Get Healthcare

Never before have people had so many options for medical care. With new technologies emerging almost daily, it can be hard to decide which healthcare option is the best for you. Whether you’re in the market for a chiropractor, herbalist, naturopath, or psychotherapist, there are countless ways to make finding a healer easier by using […]